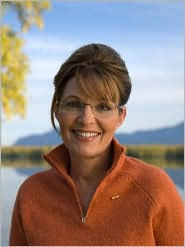 By now, everyone may have already heard that the Sarah Palin's book, originally scheduled for release in March of 2010 is actually done early.

Yesterday it was announced that the book would be released November 17th. Certain to pick up the holiday sales.

The book was listed today for sale in Barnes & Noble and Amazon. Since both websites began listing the availability of pre-ordering the book, the book that is not even released yet, has shot up the bestseller list.

Barnes & Noble shows it as #1 on its bestseller list.

Amazon currently shows it as #11. But I think that will change in the next hour. When I bought my book this afternoon, the price was higher than Barnes & Noble, but Amazon has already lowered the price to match member's pricing at B&N. I think it was at #136 on Amazon since this afternoon at about three. It has shot up to #11 since then.

Not too shabby for a complete and utter failure that many of the snotty elitists in the GOP and the entire Democrat party have written off.

The truth is Sarah Palin is not disappearing as many had predicted. She is the only rock star the GOP has right now. The grassroots supported Palin during the election and the grassroots will not leave her just because the elitists that run this party want us too.

The original first edition print order is for 1.5 million copies. That is gigantic for a first run and is not normally done unless they know the book will sell.

Well, I guess only 12 hours into the pre-ordering of the book, they certainly know it will sell.

If you want a First Edition print copy, order today before they sell out. They will be a collector's item as first editions.