First it was Sarah Palin, now it is Bobby Jindal.

I have a question. Will the conservative media elitists ever be happy?

I mean, Governor Sarah Palin was assaulted by the so called “conservative” media elitist due to one bad interview with Katie Couric. Anybody who watched that interview realized that Katie Couric was out to get Governor Palin, and Governor Palin did not react well to her questions. 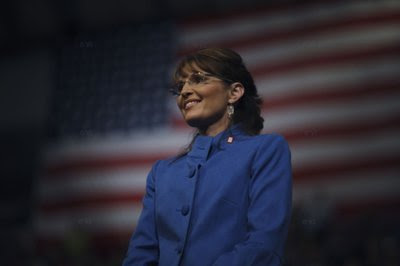 Still, the media has used that one single interview to define Palin as an idiot without any substance.

Well, we just let the media get away with it again when it came to Governor Bobby Jindal. I have spent the last couple of days thinking about this. Originally I had not seen either the President Obama’s speech or Governor Jindal’s response. After seeing the reaction from the pundits about Jindal’s speech, I went and watched it. I didn’t think it was horrible, but it certainly was not the home run that we needed as conservatives. 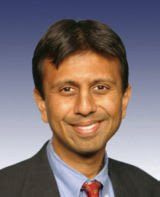 That being said, I do not believe that this was the political disaster that many in the “conservative” media are telling you it is.

For weeks, the media has been setting Governor Bobby Jindal up as the Anti-Palin. He is brilliant and she is not. That was until this past Tuesday night when he flopped.

Now they are going after Jindal for not only his boring style but just like Palin, they are going after him in substance too. Now Jindal is a Rhodes Scholar, so it will be tough for the media to convince people that he is an idiot, but you can already see the beginning pages of the dialogue they are writing about Jindal.


But I didn't think that either Jindal's substance or his style was right on Tuesday night, and I make no apologies for considering style important.

Once again, it is these so called “conservative” media elites that are going off on a tangent once about substance. I believe it is the substance that these elitists are having a problem with. These elitists do not like real conservatives. They say they do, but then you see them fawning all over Obama’s programs. This same guy, Ramesh Ponnuru, has gone after Governor Palin also. Of course, he always qualifies his statements with a “I really like them but...”


These media elitists are not conservatives, period. Guys like David Brooks continue to criticize both Palin and Jindal over their conservative principles.(substance).

The idea that these guys continue to be quoted as “conservatives” is really annoying. Worse yet, these guys are allowed to hang out and post at Townhall and the NRO. These elitists are Obama lovers, not conservatives. They believe in Obama’s liberal principles not in limited government.

These elitists got away with this garbage when it came to blasting Sarah Palin. Are we going to allow them to do this to another young promising conservative in Bobby Jindal?

These elitists better think again if they believe the grassroots is going to follow them down the liberal road of big government! Sorry, we plan on following Governor Sarah Palin and Governor Bobby Jindal, no matter what the not so conservative elitists continue to tell us.

I will continue to support Governor Sarah Palin and Governor Bobby Jindal. They are our future.

If this upsets the elitists, well...I could not be more excited about that!
Posted by K. Carpenter at 1:23 PM