According to the media, on the opposite end of the genius spectrum is our President. Harvard Law Man, Law Professor at Columbia and all around genius is what we were told America needed. Of course President Obama will keep Americans safe; after all, he graduated from Harvard Law School!

Our new President stood regally in front of tens of thousands in Prague; he proudly proclaimed that he would end nuclear proliferation. In the meantime, a tiny little man standing in a third world country where his own people are starving and begging for help; manages to fire off a rocket that can make it all the way to the state of Alaska. Of course, the rocket did not make it too Alaska. The booster only made it to stage two before falling harmlessly into the Pacific Ocean. How many times can we count on the North Koreans failing? Eventually they are going to get it right.

Of course, President Obama, rattled his saber and told the North Koreans in no uncertain terms that they were not to launch that rocket.

"Rules must be binding," the president told his audience in Prague on Sunday. "Violations must be punished. Words must mean something."

So what did President Obama’s threatening words mean? Nothing.

He turned the decision making of our country over to the UN to make a decision on the violation. The UN, of course, plans on doing nothing. One of those standing in the way of doing anything as a UN council is Russia.

Now, on to the “Hillbilly from Wasilla”. After hearing the reaction of our new President and then watching the new administration promptly go out and cut missile defense spending the day after this incident, Governor Sarah Palin clearly was not impressed.

“I am deeply concerned with North Korea’s development and testing program which has clear potential of impacting Alaska, a sovereign state of the United States, with a potentially nuclear armed warhead,” Governor Palin said. “I can’t emphasize enough how important it is that we continue to develop and perfect the global missile defense network. Alaska’s strategic location and the system in place here have proven invaluable in defending the nation.”

Governor Palin stressed the importance of Fort Greely and the need for continued funding for the Missile Defense Agency. The governor is firmly against U.S. Secretary of Defense Robert Gates’ proposed $1.4 billion reduction of the Missile Defense Agency. Greely’s isolated location in Alaska as well as its strategic location in the Pacific allows for maximum security and development of the country’s only ground-based missile defense complex.

Even the “Hillbilly from Wasilla” recognized that our reaction, cutting defense spending, the day after this incident was probably not the brightest move by the current administration.

The “Hillbilly from Wasilla” probably should have just recognized that the President is busy right now. Why worry about the safety of Alaskans or the rest of America when you are in the middle of a coronation tour with Europe?

As if Governor Palin does not have it bad enough, this is not the only hit our missile defense problem that President Obama has created for the state of Alaska.

Remember the lovely stimulus package that Palin is currently fighting with the administration over, well there have been more shots taken at Alaska’s ability to not only protect its shores but the shores of their fellow Americans.

Governor Palin requested stimulus funds to upgrade the Kodiak Launch Site. This is the infrastructure spending that the President requested. This is a shovel ready project that creates jobs and improves the defense of Alaska and America.

President Obama’s administration denied the funds for this stimulus project.

For some reason, the Harvard Law School Genius seems to believe that lining the pockets of ACORN in order to get himself re-elected is more important that investing in the safety of every single American.

It sure seems that the “Hillbilly from Wasilla” is smart enough to recognize that the safety of America’s citizens is the biggest priority any administration should have. Apparently, the Harvard Law School Genius has not picked up on that yet.

But, hey media…you got your Harvard Law School Genius elected…but do you feel safe?

Perhaps the “Hillbilly from Wasilla” is not quite the hillbilly you made her out to be. 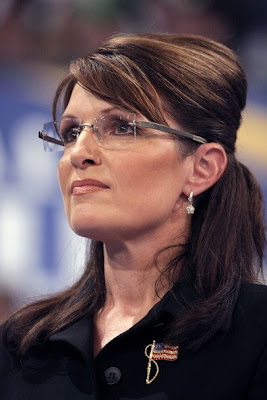 Updated: As if right on queue, Governor Palin released this statement today:

“Your announcement of a proposed $1.4 billion reduction of the Missile Defense Agency’s budget is not the best decision for today’s threat environment. Alaska is committed to supporting continued missile defense implementation at Fort Greely and the development of future technology through our Kodiak Launch Complex, which has access to the Gulf of Alaska Maritime Exercise Area. This unique training space offers a safe and secure location to further develop and test future missile intercept technologies in conjunction with the latest sea-based and land-based radar.

“I am deeply concerned with North Korea’s development and testing program. It has the clear potential of impacting Alaska, Hawaii, and possibly the West Coast, with a nuclear-armed warhead. I can’t emphasize enough how important it is that we continue to develop and perfect our global missile defense shield.”

Here is a copy of the letter sent to Secretary Gates.