Just like the 2008 campaign, it was Governor Palin who had the courage to fight.

Obama soared to victory on the hopeful promise of a new era of bipartisanship. During his inaugural address he even promised an 'end to the petty grievances and false promises, the recriminations and worn-out dogmas, that for far too long have strangled our politics.'

Too bad it took all of three days for the promise to ring hollow.

Start with Obama's big meeting with top congressional leaders on his signature legislation -- the stimulus -- on the Friday after his inauguration. Listening to Republican concerns about overspending was a nice gesture -- until he shut down any hopes of real dialogue by crassly telling Republican leaders: 'I won.' Even the White House's leaking of the comment was a slap at the Republican leadership, who'd expected Obama to adhere to the custom of keeping private meetings with congressional leadership, well, private.

It's only gone downhill from there. The stimulus included zero Republican recommendations, and failed to get a single House Republican vote.

It's not just the tactic of using Republicans for bipartisan photo-ops, and then cutting them loose before partisan decisions, that irks Obama's opponents. The new president wasted no time rushing forward with policies and legislation guaranteed to drive Republicans nuts. The first bill he signed into law was the Lilly Ledbetter Fair Pay Act -- a partisan hot-button that drew all of eight Republican supporters in the entire Congress. Then there was the swift reversal of Bush policies on abortion and embryonic-stem-cell research -- issues dear to the Republican base.

And when Obama and the Democrats in Congress took up SCHIP -- the children's health-insurance bill that Republicans say vastly expands government's role in health care -- they had an easy chance for real bipartisanship. After all, the bill had been hashed out in the previous Congress, and a bipartisan accord was reached before President Bush responded with a veto. Did the Obama team push for the compromise version in the 111th Congress? Nope. They went back to the drawing board, ramming through the Democrats' dream version.

Of course, the lack of bipartisanship isn't limited to Capitol Hill. Obama has taken gratuitous swipes at the Republicans who recently decamped Washington, blaming President Bush for everything from the economy and the war to the lack of sufficient puppies and rainbows. And who could forget the Rush Limbaugh flap -- in which Obama's top advisers, including chief of staff Rahm Emanuel, orchestrated a public relations campaign meant to undermine the Republican National Committee chairman, Michael Steele, by framing talk-radio personality Limbaugh as the real head of the Republican Party.

For now, Obama's back-pedal on the bipartisanship promise just makes him look insincere. But the real consequences of the mistake will be felt soon enough. As Presidents Bush and Clinton could tell him, congressional majorities do change -- and at some point, Obama will need Republicans on his side. He'd be smart to spend his second 100 days making up for the serious snubs of his first."

-- Sarah Palin is the governor of Alaska 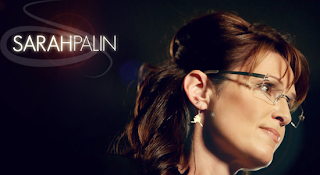 Read about all 100 mistakes here.

Obama has taken gratuitous swipes at the Republicans who recently decamped Washington, blaming President Bush for everything from the economy and the war to the lack of sufficient puppies and rainbows.