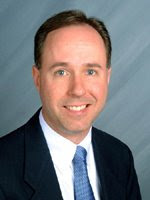 Madison…With Wisconsin unemployment at nearly 9 percent, a new business organization unveiled today is a front group for Governor Jim Doyle’s reelection efforts after he proposed a budget with $3 billion in higher taxes, joint and several liability and new mandates for employers, according to State Rep. Robin Vos (R-Caledonia).

The group, organized by key Doyle insiders, has offered access to Doyle and top Democrats in exchange for corporate contributions to the group.

“The Wisconsin Business Council is obviously a front group for Governor Doyle,” said State Rep. Robin Vos, ranking Assembly Republican on the Joint Finance Committee. “If the business council were a serious organization, it would have organized to fight the budget, not emerge after its passage to spin glad tidings for Doyle as his poll numbers sink to record lows and Wisconsin hemorrhages jobs.”

The Wisconsin Business Council launched today with a handful of members. It has been widely rumored in public affairs circles that organizers of the group are promising access to Doyle and Senate Majority Leader Russ Decker (D-Schofield).

“It’s the Jim Doyle diners club,” said Vos. “For a big corporate contribution, you get a seat on the board and dinner with Doyle. If it’s not pay to play, it sure smells that way.”

The Business Council has been organized by Doyle administration insider Marc Marotta, a partner at Foley & Lardner law firm. Marotta served as Doyle’s Administration Secretary in his first term, and served as the campaign chairman in 2006.

Additionally, Phil Prange, a former fundraiser for Governor Tommy Thompson’s campaign committee, is involved in the organization of the group. Prange has been tied in the press to Marotta and Doyle dating back to 2002.

“During the budget process, I heard from scores of business groups complaining about how bad Governor Doyle’s budget was for business,” Vos said. “The fact that this ‘business group’ registered no opposition to anything in the budget in addition to the fact that it is formed by long-time political operatives who have no interest in the health of the business community indicates to me that this is simply a money laundering, influence peddling operation for Democrats.”

“They were nowhere to be found when it came to joint and several liability, gross receipts taxes, capital gains tax hikes, income tax hikes, and other proposals that would hurt our families who will have fewer jobs,” Vos said.

H/T: WisPolitics
Posted by GOPgal at 9:25 AM

valium pills cost of valium medication - valium can cause depression