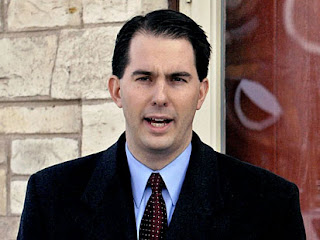 Scott Walker is finding big name supporters all around the USA.

Featured on the Drudge Report:

Wisconsin Republicans have yet to nominate a candidate for governor. Indeed, the state's primary is not until Sept. 14. But two national GOP heavyweights -- former Florida Gov. Jeb Bush and former House Speaker Newt Gingrich -- are bullish on the prospects of Scott Walker, the self-described, brown-bag-packing county executive of Milwaukee.